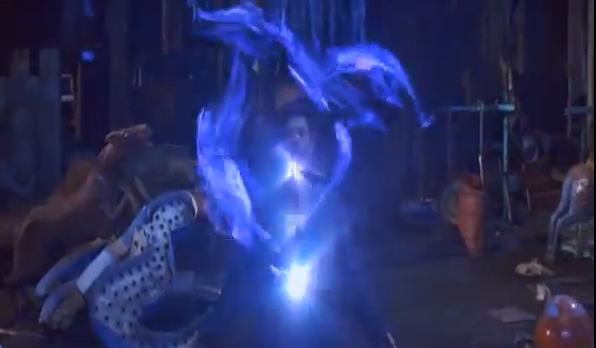 Story: Near death experiences link the mind of a suburban husband and father with that of a kwazy serial killer who goes after teenage girls – directing the killer’s attentions toward the man’s daughter.

Review: The first time I saw this movie, I only saw the last 2/3 or so. The beginning adds nothing, so it turns out that’s the best way to watch it. The writing is about average (all the characters are as dumb as turkeys), but the acting is pretty good and, oddly enough, the hyper-stylization with CGI and nifty lighting actually does seem to compensate for its TV-late-night-movie-like shortcomings. Anyway, I thought it was cool when I was a teenager. I think the show Movie Magic did a special on the FX used in the movie too.

Talk to me! Cancel reply